As Thackery finally sets his head against the pillow on the rented bed in this rented room above Doty’s Tavern, he thinks to the oddities experienced today. The duality of man-trapped in pig form, to the distant shuddering and shaking in the woods. His eyes finally begin to close, his breathing evening out, and the room grows still for a moment. From behind his eyelids, an intense white glow begins to spill forth, and his eyes, now unseeing, snap open, flooding the room with light.

Beneath his head, Oliver Thackery feels the hard ground underneath the crudely rolled cloak he had balled up against a log, resting his head against it in a futile attempt to prevent his body from falling to pieces. In the woods beyond, the trees in the distance crashed and thundered, and slowly the thick tendrils of fog began to seep into the clearing where his regiment had set down for the evening. He could vaguely hear his friend Cyrus shouting in the distance, his deep blue eyes still trying to focus in the early morning light. He begins the process of shoving his swollen and bloodied feet back into his boots, but when he is done, finds himself unwilling, or unable to stand. They had been on the run for days, now, their regiment a fraction of its size, having lost many to the mists, or to the exhaustion from an endless march to nowhere, fleeing from something they could not see.

A panic rising in his heart, Thackery found himself hauled bodily to his feet after what seems like an eternity by his friend, Cyrus, who clapped him roughly about the cheeks. “Not today, my friend. This is not the day we die.” How he found the strength to continue escaped Thackery, but he found a profound sense of shame in the temptation to disappoint Cyrus, and so he began to stagger forward, away from the mists, into the unknown woods ahead. Behind, thundering crashes in the wood gave chase.

Hours later, thoroughly turned around and lost, Thackery collapsed onto his knees after the next break in the underbrush. The summer day had just grown colder the longer it went on, against all history and experience. He struggled to get his breath to catch in his throat, his lips dry and cracked as his body made every possible attempt at keeping his vital humors balanced. When he heard the brief sound of water cascading into a cup at his side, he could hardly bring himself to blink or even look, so heavy was his heart with the feeling of relief and hope for a moment’s rest. 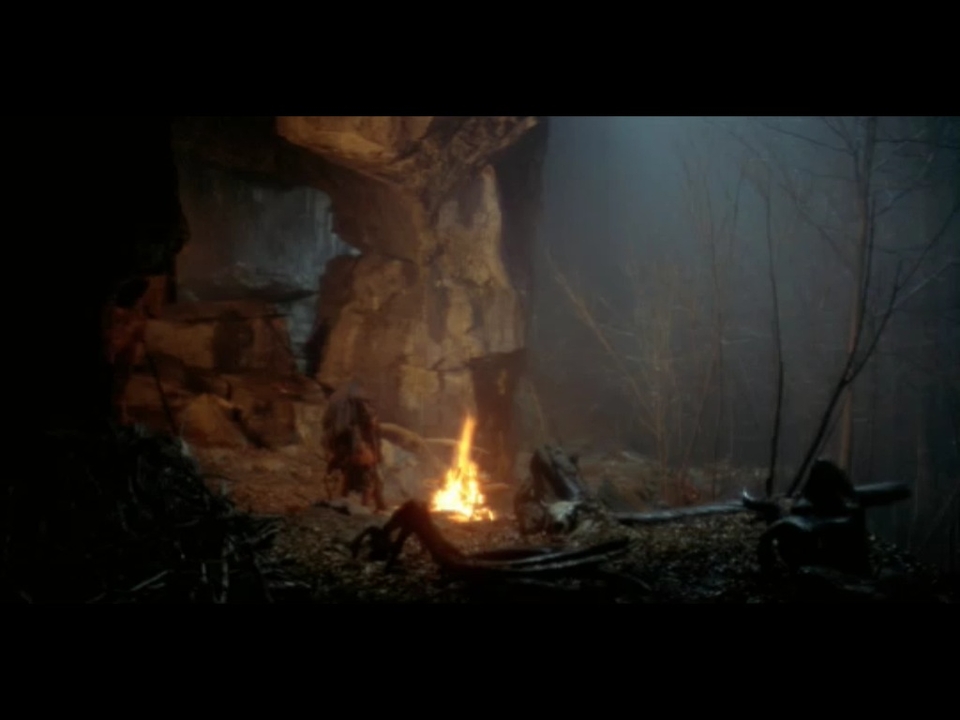 His eyes dipped closed for a moment, and he found himself kneeling in front of a small campfire, a small wooden cup half filled with water nestled in his hands which he greedily sipped at with what strength remained. The world was covered in a haze, and for a moment a panic set in, but it seemed to have a different nature than the mists. Off to his side, he could see a figure’s back, swaying as it toiled over something. Finishing what was left in the cup, his hoarse throat croaked out, “Thanks Cy, I needed that. Can’t believe we’ve made it this far without dying. I don’t know how much longer I can press on.”

His eyes dipped closed again, and his cup, filled half again with water, drops from a waterskin from just out of view. A voice with the rough sound of dry leaves whispering came from over his shoulder, “No, Oliver Thackery, today is not the day you die. You will, someday, but today is the day you begin to live.”

A cold terror gripped Thackery’s heart then, and his eyes shot open, the white light fading from the room above Doty’s Tavern, unable to breathe, unable to bring himself to close his eyes again. For the remainder of the evening, Thackery finds himself fighting sleep, cradling his rifle and sitting back against the wall, afraid of reliving more of what he saw in his mind’s eye.

From the Journal of Oliver Thackery - The Royal College In which our noble protagonist takes to the skies for the first time in years, in hopes of securing the magical artefact they have been entrusted with.

From the Journal of Oliver Thackery - And the Puritans Journal the Second - In which our noble protagonist is engaged in righting wrongs and getting to the truth behind multiple charges of malicious witchcraft.

From the Journal of Oliver Thackery - For the Greater Good Journal the First - In which our noble protagonist gets an offer he cannot in good conscious refuse, to serve king, country, and coin.

Prelude: For The Greater Good.