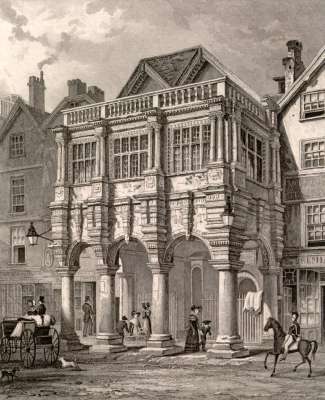 Although the traditional trade guild had almost died off in Europe prior to the Gomorrah Event, beset by corruption and protectionism, in the lean years afterwards they found a new beginning on the shores of the New World. It began with the textile workers of New York, who organised into a Guild to demand basic rights for their trained workers – rations, shelter, wages – but who also from the dues they collected dispensed food and basic necessities to other workers and the poor, winning great acclaim from the townspeople. They were followed by a guild for the smiths and foundry workers, and one by the shipyard workers. These three new trade associations were selected, along with churches and military garrisons, as dispensaries for government rations to help the populace through the long winters, and by the time the weather cleared the movement had grown. 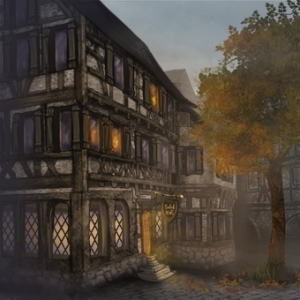 Nowadays, these Guilds – including the Smith & Foundry Worker’s Guild, The Association of Weavers, the Shipwright’s Guild, the Company of Painters and Limners, The Armorers Guild, The United Miners Guild, the Guild Of Mages and Arcanists, and many more – occupy a pivotal role in New Britain’s politics and economics. Part traditional guild, part trade association or union, they negotiate in a block for their member’s wage scales and working rights and demand a due from each member for doing so. However, they also regulate the standards and training of their trades – and non-guild workers can be penalized by law in many trades. In addition, they make block investments on behalf of members who choose to pay extra beyond their dues, and pay dividends and pensions from their earnings on those investments. They are also a primary conduit of charity, alongside the churches – the guilds run trade schools, orphanages, poor houses and food handouts. Even their employers will often donate to these charitable causes – it’s a good way for a factory owner to earn the goodwill of his workers.

Although the growing guilds opened Guild Houses in other cities and large towns as the movement expanded, it remains true that the bulk of the Guild Halls, the headquarters of each guild, are in New York. There are so many on one street, running East from the road to the King’s Bridge past Delaney Square, that it was officially named Guild Street. The Halls mostly follow a pattern – a large three storey wooden framed building featuring a stone or brick facade fronting onto the street, often with an ornate portico, and a secluded rear garden surrounded by a high enclosing wall. Inside are meeting rooms, offices for guild officials, a library, a refectory and guest rooms available to visiting members from out of town at a good price.

Membership in a Guild is a Claim To Hospitality 5 advantage.