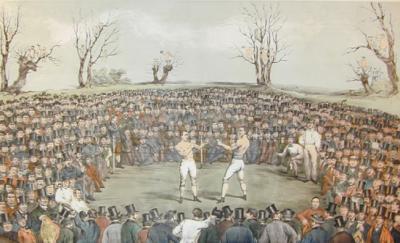 Commonly called “Pugilism” in New Britain, the sport of boxing is one of the oldest non-lethal competitions known. Boxing Matches in New Britain (often advertised as “Organized Fisticuffs” or “Prizefighting”) are bare-knuckled, untimed events where the competitors seek to beat their opponent into submission or incapacitation. Some fights (mostly illegal, unsanctioned bouts fight in warehouses) are little more than punching fests, but the Art listed below is for the “Scientific Art of Pugilism” popular in every major city.

While Pugilism (see above) might be enjoyed by the nobles in a public square, Bare-knuckle Prizefighting is almost always found in seed bars (sometimes called “Boxing Clubs”) or half-empty warehouses filled with drunk commoners looking to see someone get the snot beat out of them. Rules are much looser than in pugilism, and grapples and head butts are fair game as long as both men are standing. 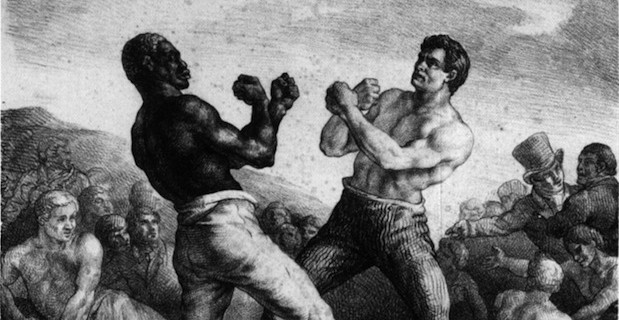 As walking sticks gain popularity in fashion, so too does the art of thrashing ones opponents with the versatile accessory. The sword cane brings a more edge to this art, but note that trained fencers do not need to study this art seperately, as the can easily use most cane-swords and walking sticks with the fencing skill.

As a sport, Wrestling has been around just as long as boxing, though in New Britain, matches tend to be limited to college campuses. The sport is meant to develop strength and fitness in student athletes, particularly ones planning on attending military academies. Although it is a competition, Classic Wrestling is seen more as a physical academic pursuit, rather than a practical combat training, despite the fact that a skilled practitioner will pick up several useful techniques. ST at 11+ and Fit are strongly recommended to represent anyone with Classic Wrestling training.

A popular sport in Haudenosaunee communities (even White Stick villages), Haud Circle Wrestling consists of two men in a sand circle doing everything they can to either get their opponents out of the ring. Most Haud Circle Matches are preceded by feats of strength by the participants. 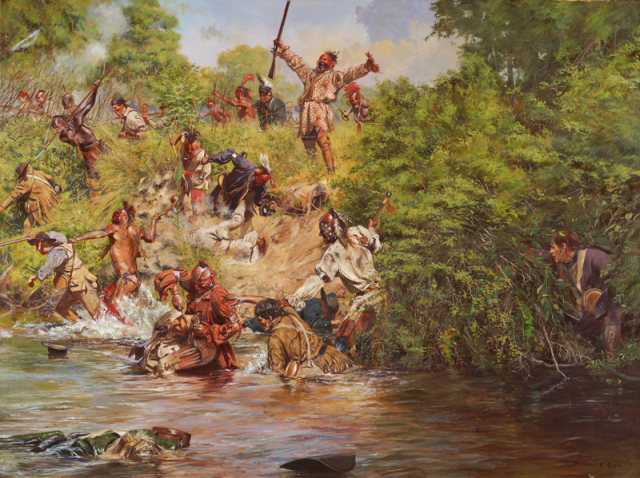 Besides the extensive training in wilderness survival and hunting tactics that all Haudenosaunee warriors learn, the Warrior Path is a specific discipline in brutal close-in combat that sets them apart from most other tribes that had little formal training. Spear and Bow training are common among the Haud, but are not part of this man-to-man style.

The term Lacrosse is a bastardization of a French word meaning “hooked stick”, but the Iroquois know it as “The Little War”, and this “sport” is seen as a slightly less lethal (though no less violent) means of settling tribal disputes. Some matches are centered around religious events and can contain several hundred “players” on each side. Skin is often painted with clay, charcoal and other natural paints ot make teams more obvious. Lacrosse matches are thoroughly enjoyed by New British spectators, who flock at the chance to watch the spectacles and even invite tribes to clash on the greens outside of walled cities or near hills where bleachers can be constructed. Detroit is infamous for the only permanent Lacrosse field outside the city walls, with tiers of pine bleachers a major draw for visitors to the city. Note that the Axe/Mace skill of the Stick is NOT a Sport skill, broken bones (especially limbs and jaws) are not only common, but expected, and death is not infrequent. 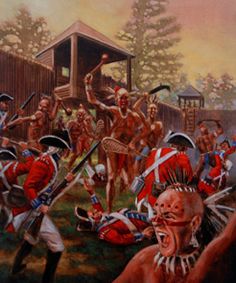 Why is a Native Sport listed in Martial Arts? Because besides the obvious combat skills imparted in the brutal game, Lacrosse was used in one of the last great uprisings in the land given to the Haudenosaunee after the Parliament of 1754. June 2, 1763, news of Pontiac’s Seige of Detroit hadn’t yet reached the far north Fort of Fort Michilimackinac. The Forts young commander, 30 year old British Major George Etherington ignored warning from traders in the area that natives where seeking to raise up and reclaim their territory from the British and Haudenosaunee. Major Etherington was so confident that he and his men left the protection of the fort to watch an epic lacrosse match of the Ojibwe (caked in white clay) versus the Sauk (painted black with charcoal) – 500 men in total. A few minutes after the match started, armed British soldiers were taken by surprise and the entire regiment beaten to death with lacrosse sticks and the fort was burned to the ground. 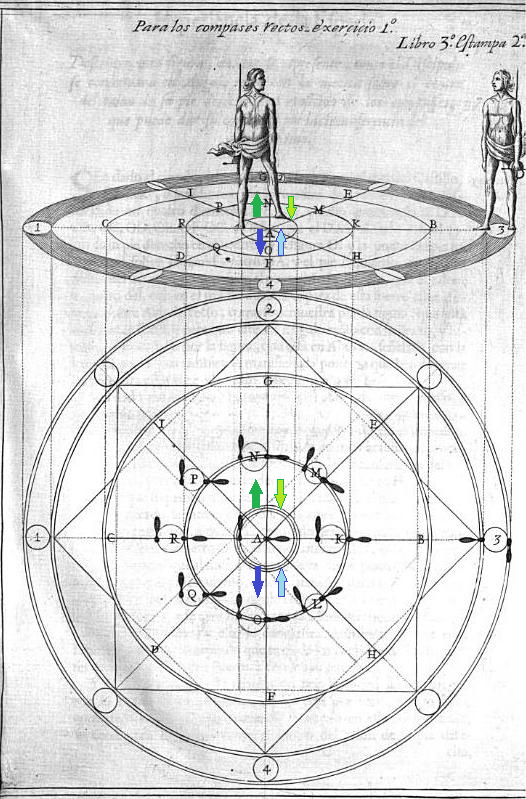 Spanish fencing, known as La Verdadera Destreza, or “The True Skill” is a form of fencing designed to represent oneself in in duels of honor, and it focuses on intricate geometry and personal introspection to minimize wasted motion of the body or the mind in combat.

Nothing defines the Royal Infantry as much as discipline. But even the most disciplined troops are useless if their traditions grow stagnate. A sea of red-coated young men with their longarms and bayonets were long considered invincible until they faced the canny native guerrilla warriors. Through a century of adaptation, the professionally trained fighting force of New Britain is once again renowned as the premier professional army of the New World, but military instructors are always seeking to keep their edge, always ready to adapt and overcome – like a legion of ants. 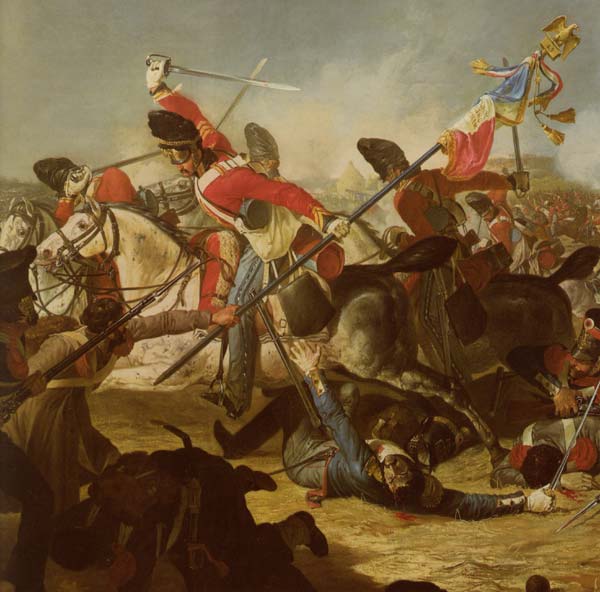 Leading most units of Royal Infantry is an educated, commissioned officer, usually a member of the nobility, though not always. In the best units, the officer commands his infantrymen from the back of a horse, shouting orders and brandishing a beautiful cavalry saber – the mark of his commission. Expert Skill: Military Science should be added to highly educated officers.

Possibly the most intensive combat instruction in world, the Royal Ranger combine traditional professional military drilling with rifles, bayonets and sabers with aggressive techniques learned by the side of Haud veterans, the two disciplines become melded into a single, effective combat style that puts the Rangers into a league of their own.

Evolving in through the fusion of Kalaripayit strongly influenced by French fenching salles set up by the nobles in India, Rajput Swordsmanship is a beautifully effective and exotic art rare outside of certain warrior-noble lines of the French Empire. The Rajput Swordsmanship style involves many familiar fencing techniques using more exotic weapons, such as using the Katar as a Main-Gauche. 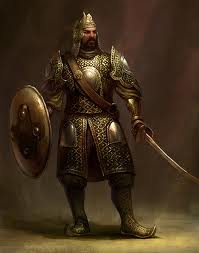 Slowly gaining popularity in the fading French Empire, Savate is a flamboyant combat style involving high and low-line kicks, including the memorable main au sol (“hand on the floor” – treat as All-Out Attack (Strong)) kick. Besides the French, Savate has it’s place among Haitians and the occasional pirate. French savateurs often combine Savate with Cane Fighting to form a well rounded combat combination. 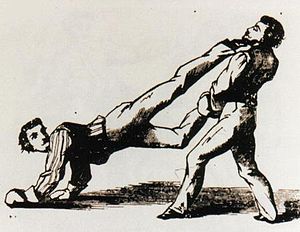 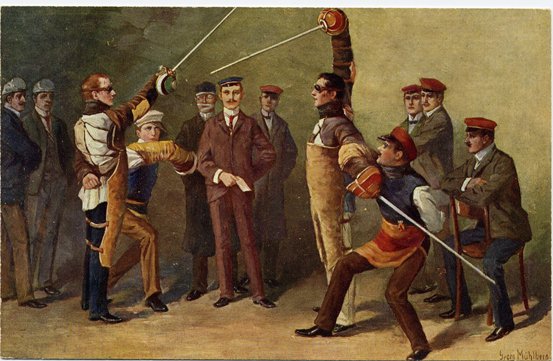 With the influx of German and Prussian immigrants to North America comes many Old World traditions, and with a fair portion of Arcane Artificers coming from German education, the art of Schläger has found it’s way into the niche of Artificer culture. Schläger is an “academic” style that is used as sort of hazing to test the manhood of fraternity members – mesh goggles and padded armor are donned as members make oblique strikes to each others faces (the only valid target!) with the blunt-tipped, sharp edged mensurschläger blades until blood is drawn. Dueling Scars from Schläger bouts are fast becoming a badge of honor among Artificers.

Immensely popular, especially with sailors, Singlestick is a combat sport that evoled from saber practice – participants hold a long stick (sometimes as simple as a broomstick, other times a “regulation” custom made stick complete with hand guard) and fence with one hand either held or tied behind their back. 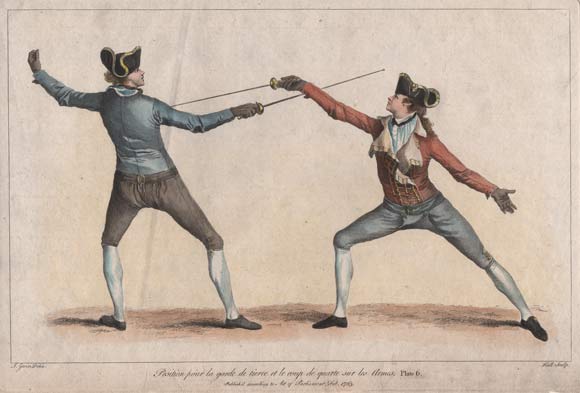 Designed to emphasize the riposte as a signature move, Smallsword fencing uses a short thrusting blade, ideal for the parry-and-counterattack riposte move as well as being better suited for close-combat disarming than cumbersome sabers. In recent years, the Smallsword has become a popular fashion accessory among the noble elite and fashionable gentlemen prefer it in duels over the pistol, not that many gentlemen seem to spend the time to master the blade as much as the master posturing with one.