Throughout history, humans have had a need to cut things, and axes have long been ideal at cutting – whether flesh of man, beast or bark. Throughout history, people have felt the urge to bash things – maces and clubs are good at that. 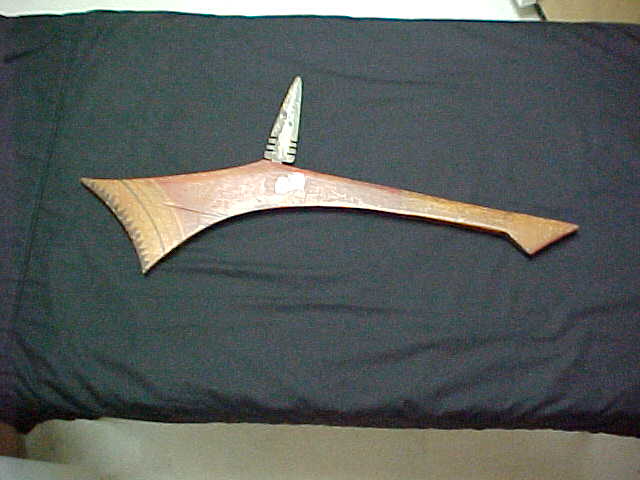 Said to be shaped like the outline of a musket to intimidate enemies at a distance, the Gunstock Club has been around for centuries. Using the “barrel” as a handle, the Gunstock club is able to be used as a one or two-handed weapon. Heavy blows are usually brought down with the blunt end, though the the opposite side has a knife-like impaling blade good for penetration, it is too thin to cause as much pure truma as th heavy blunt side. 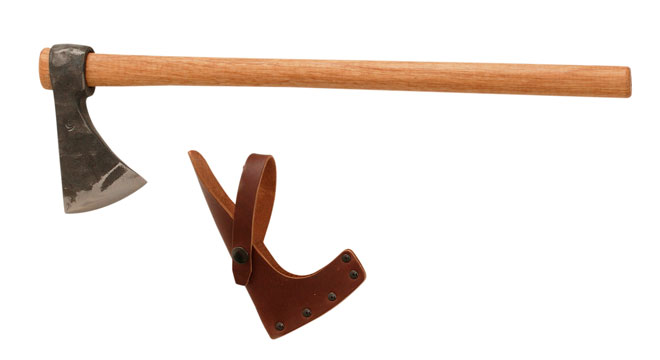 Across the frontier, the watchword is and always has been survival. The original settlers had brought the ideas of civilization to the wilderness, but civilized life sometimes gives way to the laws of nature. So too, did the men of the frontier realize that the weapons they had first brought with them, the delicate swords of their forefathers, would often fall to the weapons of the savage – the tomahawk. Soon, though, the weapon saw widespread acceptance – the ease of use, combined with the improved utility as a tool, saw the tomahawk adopted as the de-facto weapon of the frontier. 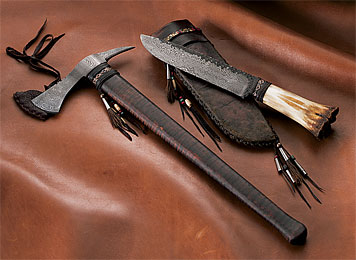 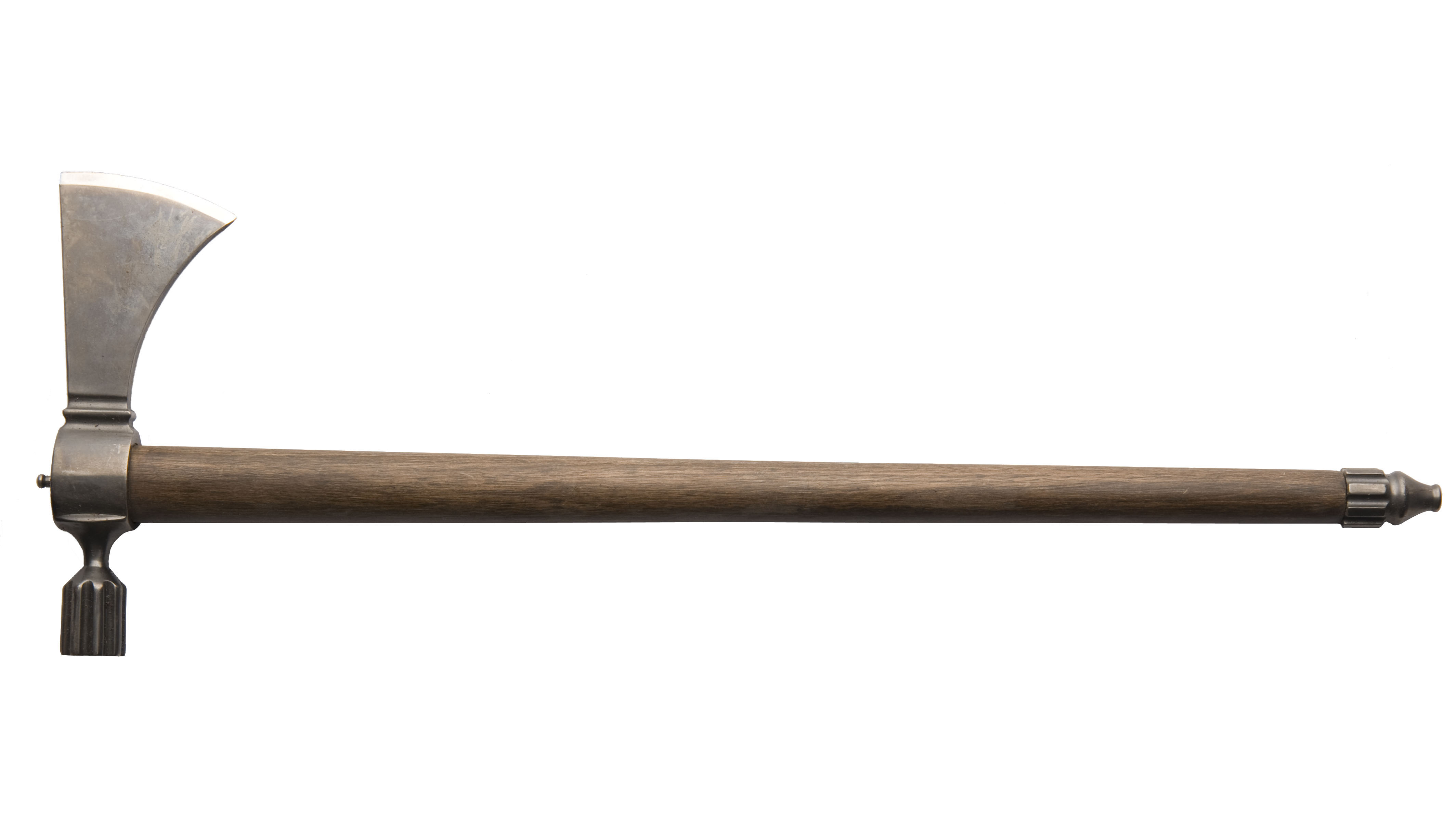 While the frontiersmen favor a short, light hatchet-like tomahawk for it’s versatility, the Iroquois prefer a version with a longer haft and smaller, counter-balanced head, ideal for throwing and the infamous Iroquois Axe-Choke. The counter-balance is typically a pick-head, but tomahawks that double as pipes are still very common. 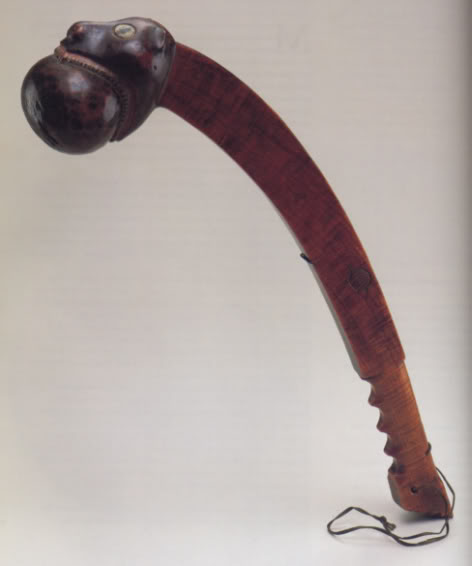 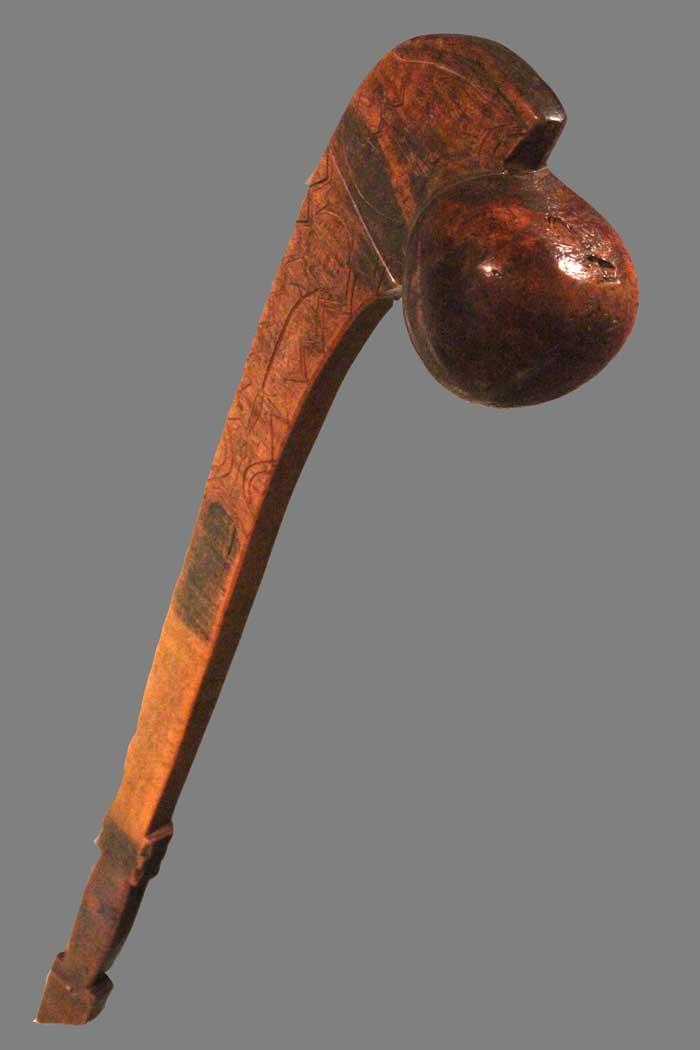 The war club of the Iroquois is a long, slightly curved haft of ironwood ending in a heavy, ball-like head – Often stylized to depict animal or human heads. The off-set center of balance not only helps the momentum of a crushing blow, but it aids in use as a deadly thrown weapon, “lobbed” in an arc rather than pitched in a straight line. The War Club can be used one or two handed. 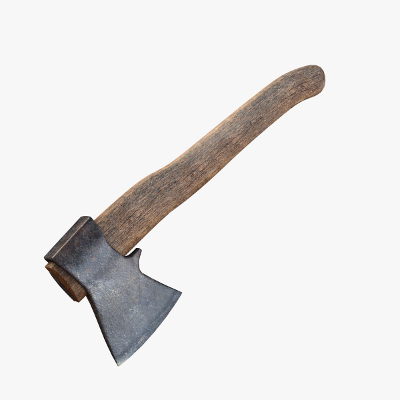 Lumber has been in demand since the first colonist set foot in the New World – so too, the humble woodsman’s axe, has been desired, as well as the strong arms to wield it.

Sometimes, you let the enemy get too close – your hatchet is out of reach, your gun is out of ammunition. Sometime there’s nothing left to do but pretend you’re outside a bar and fight dirty.

A staple of less savory elements throughout the ages, the blackjack, sap, or even sack of coins can bring a dim end to a less than intelligent conversation.

Brass Knuckles
The old trusty favorite of many a back-alley brawl. Do you really need a picture?

Originally, the belaying pin was conceived as a mooring point for lines that needed to be tied down on a ship. As ship-boarding increased in frequency, however, the stout wooden post soon found itself pressganged into less conventional uses. 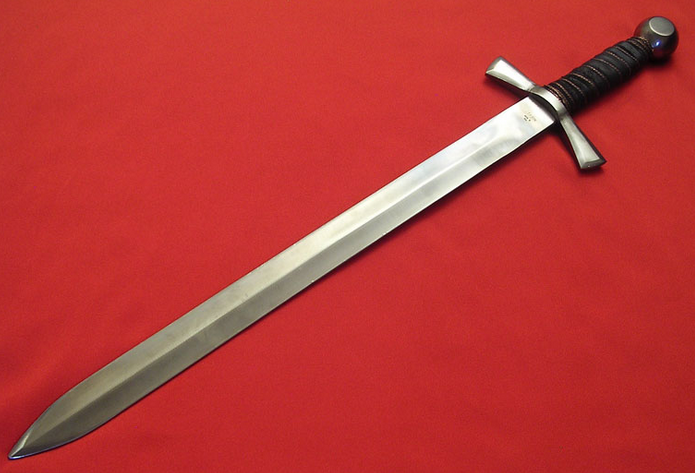 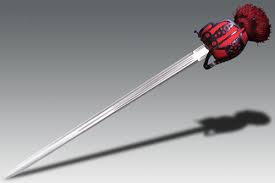 The weapon of choice for some cavalry units, as well as the British Highlanders, it has been slowly falling out of favor. In some aristocratic circles, it can be seen as fashionable to wear, but many have eschewed it’s use, in turn favoring more ‘refined’ weapons. 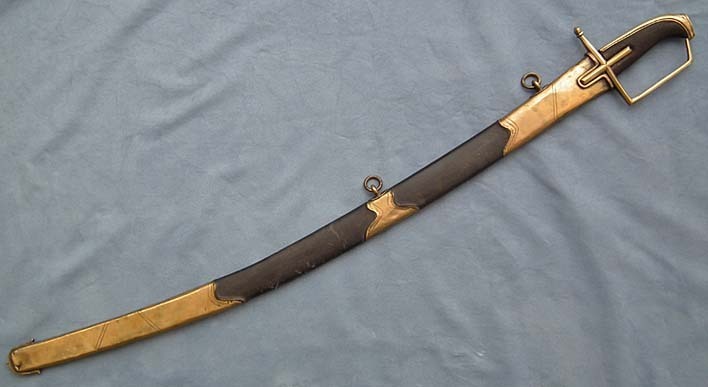 Hastening the disuse of the broadsword is the curved cavalry saber. The sword is best suited to a long slash from horseback, but it has found a bit of use in posturing among the upper class. There are numerous designs currently in use, all with a similar function, but differing in construction, and nation of origin.

Truly the weapon of a gentleman – if you consider it gentlemanly to impale your opponent on a few feet of steel. This weapon takes a bit more care and skill to wield, but when used properly, it can parry blows and strike with deadly effectiveness.

Knives come in many shapes, sizes, and qualities. They are either designed for form or function, only rarely combining the two. The majority of the knives found on the frontier are utilitarian in nature – few people care about having a glamorous knife, as long as it holds a decent edge.

Cumbersome and occasionally awkward to use, polearms have been a staple of warfare since the first human learned to sharpen a stick. Even after the advent of long-guns, they still have their place in warfare, even if it is converting a long-gun into a polearm by adding a bayonet. 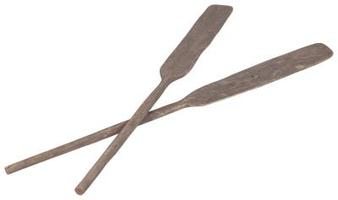 If you are caught by surprise on a launchboat, sometimes there is little to do but heft the oar and swing with all your might. It’s not an elegant weapon, but when you’re swinging a stout chunk of hardwood at someone’s head, elegance is the last thing on your mind.

‡ Requires two hands, becomes unready after an attack unless you have 1.5 times the listed ST 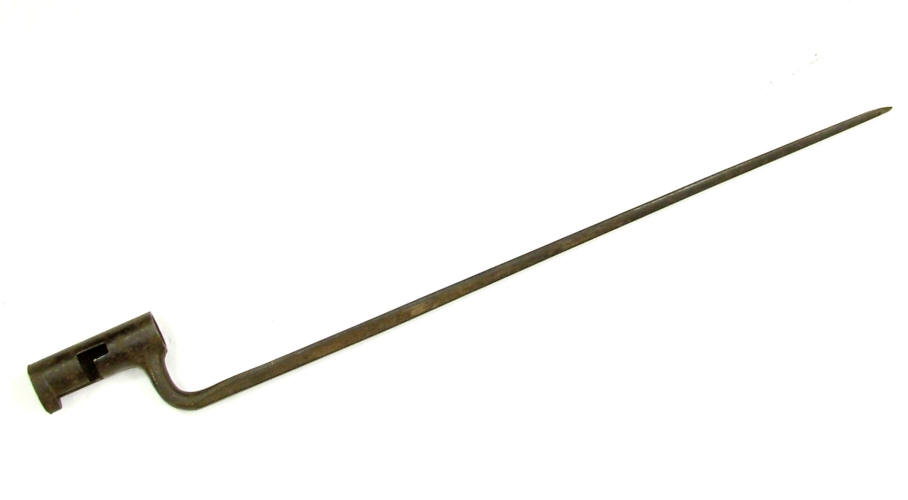 The wonderful thing about the introduction of the firearm to warfare is that it drastically increased the range at which engagements were fought. Unfortunately, for those doing the fighting, if the enemy closed ranks with you, it left you with few options. First concieved of to deal with the threat of wild animals while hunting, the bayonet soon became a staple of militaries the world over, as the cheap addition of a metal dagger to the tip of a rifle provided infantry the ability to weather cavalry charges with less loss of life.
NB: The addition of a bayonet degrades a gun’s accuracy by -1 and increases reloading time by 1.1 (round up) 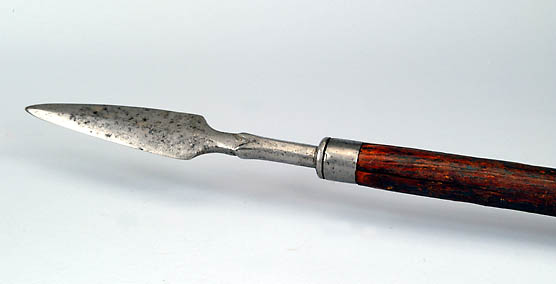 A common sight among Non-Commissioned officers, this half-pike sees use as a defensive tool against cavalry charges, as a symbol of rank, and as a tool for directing enlisted men. While only 6 or 7 feet in length, it still is quite formidable in the hands of one trained in it’s use.

Designed for use aboard a warship, the boarding pike gives the defending ship a reach advantage when defending the rail. 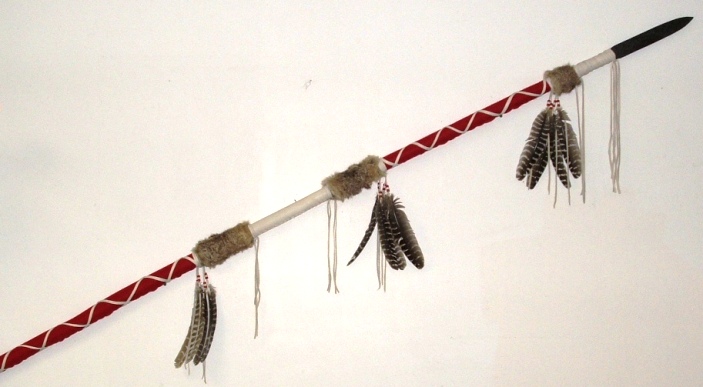 The war lance is a long, light spear able to be used as a melee weapon, a thrown weapon and as very effective cavalry weapon, as well as being used in daily hunting and fishing. War Lances are typically decorated with colored bands of cloth or leather and strings of feathers, and in extreme cases, human scalps, the better to intimidate foes.

Quarterstaff
A stout spar of hardwood, the quarterstaff is an excellent, inexpensive companion, excellent for travelling long distances and defending you along the way.

The Little War – not so named for it’s pretend nature, but rather it’s rough violence, is a sport fought among friends. It builds camraderie, trust, endurance, and skill – exactly the sort of things you would look for in a man being called out to fight a real war.

Swords have been implements of war, and in the New World, they still have their place, although most non-military owners tend to either be ruffians, nobles, or other types of ne’er-do-wells.

A sword that is, perhaps ironically, short. Used typically for shortening people’s lives, either through cutting or stabbing. This is a generic term, encompassing the Hangar, a weapon carried by members of the British Navy, and the Scottish Dirk.

A short, slightly curved blade, favored by men at sea – handy enough at slicing through borders, rope or whatever else is at hand.

For the refined gentleman looking for a bit of covert security, it is hard to do better than three feet of steel hidden inside of an innocuous cane. It’s fragile, but if you’re in need of defending with one of these, your sword is the least of your problems.

Short Staff
The short-staff has origins as a walking cane – fashionable, when made of more exquisite material and decorated, handy for helping the slightly disabled get around. In the right hands, however, a stout, short balanced hardwood stick is more than deadly – particularly when wielded in pairs. 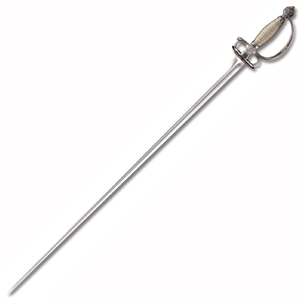 Short and to the point, the smallsword is light and well suited for stabbing – the perfect formal companion for political maneuvering. The smallsword is often used to settle differences among the non-military – those brutes have other, more crude methods.