Stoughton is a small town just 14 miles to the SSE of Boston and 2 miles off the main turnpike south. It is also sometimes called Canton from the belief that Canton, China lies on the exact opposite side of the earth. Of its population of some 600, almost a third work in the town’s main industries – the Revere & Co copperworks and gunpowder mill set where the Canton River flows into the Neponset River. Another third live and work on the farms that surround the town proper. Most of the land around the town is wooded, rising from the east to the Great Blue Hill to the north-west. The area by the river is mostly marshy wetlands where it has not been reclaimed by man. There are two taverns (Doty’s Tavern, by the road past the Blue Hill out to the turnpike, and The Bento Tavern on Pleasant Street near the town square), three Parish Churches, a school, a sawmill and a cornmill.

The Revere complex is a set of large stone-built buildings including a smelter, grinding mill, rolling mill, cannon foundry and warehousing hard by the river and the Forge Pond, where a water wheel provides power. The company’s supervisor is a Major Peter Crane, who used to own the mill until it was bought by the Reveres and stayed on as an employee. He lives in a cottage nearby. Paul Revere Senior owns a timber-built house next to the complex and often spends summers there with his wife. The Stoughton complex is an important provider of gunpowder and bronze cannon to His Majesty’s Forces. The company’s latest project is a copper rolling mill, producing thin copper sheets to clad the hulls of sailing ships, and a wire-extrusion plant to make the copper conduits for Franklin Engines. Contractors have begun felling timber and quarrying stone in the area for this expansion. The company company is well liked among its workers for its labor practises as it provides benefits such as work hour flexibility, wages in line with skill levels, and liquor on the job. 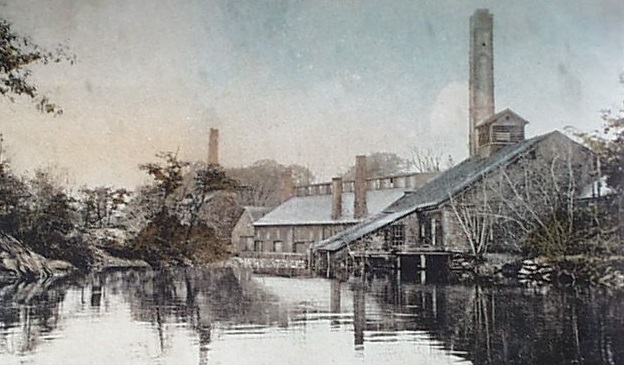