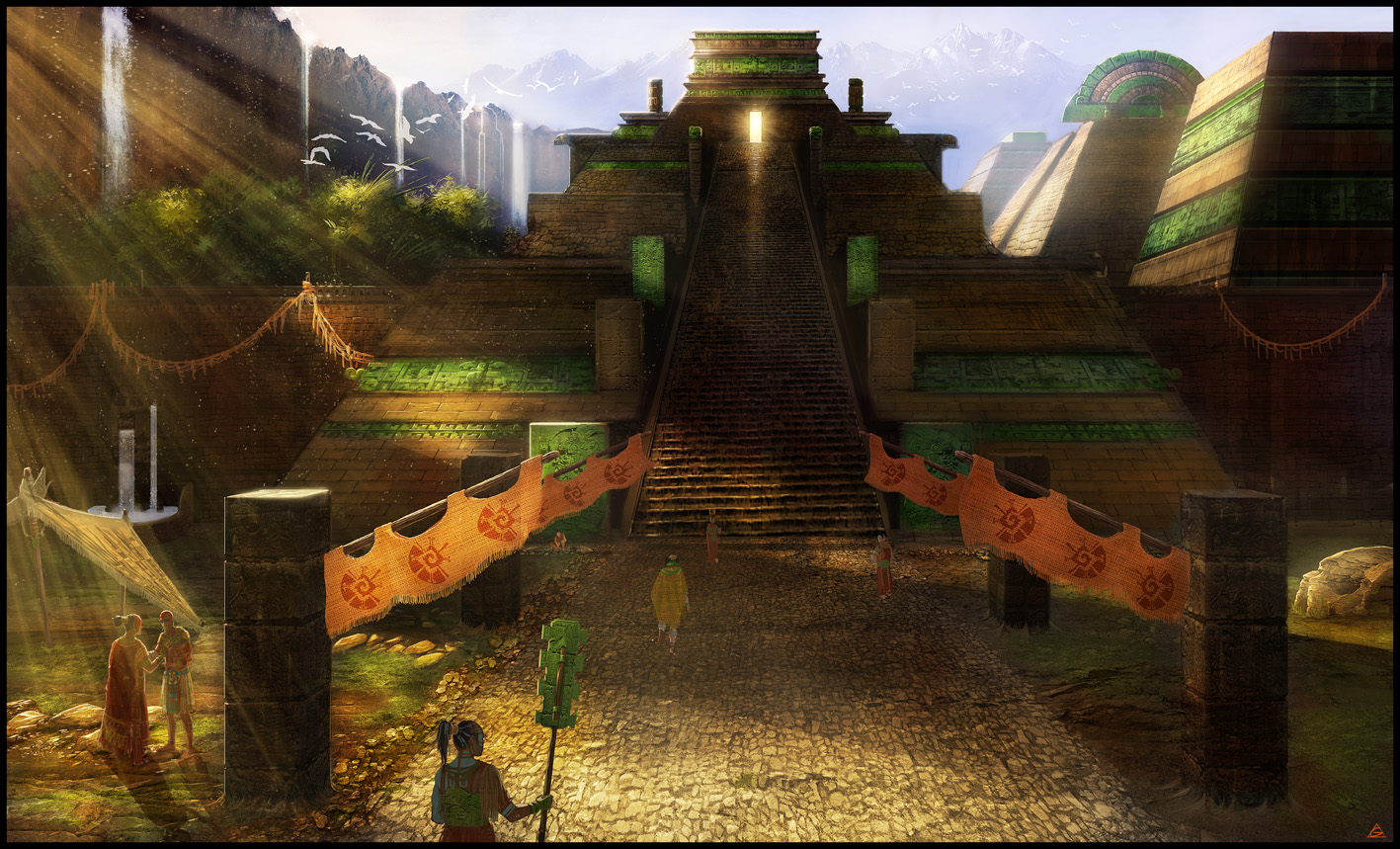 Roughly within the borders of the former Spanish colonial province of Peru, the nation actually began as a revolt by natives in the Peruvian Andes in 1564, well before the Event. It centered around a religious movement that promulgated the rejection of the western and Christian god which had been imposed by way of violent coercion during Spanish conquest, and a return to the worship and places of the ancient gods of the region. The visible leader of the movement was an Indian by the name of Juan Chocne who was arrested and executed in 1752 and the revolt was brutally suppressed, but the idea lived on underground.

During the Gomorrah Event of 1740, a sizeable chunk of ur-ice exploded as it burned through the atmosphere high over Peru’s western seaboard. Some of the falling dust settled into the ocean, but most fell in drifts that lasted for days over the Peruvian mountains and beyond into the interior rainforest. The entire province became a magical hot-zone (Normal Mana). Thousands died from drastic magical mutation or in the long winters of the following years.

Shortly after the Event, a new revolutionary leader arose espousing the notion of Taki Unquy, a man by the name of Juan Santos Atahualpa. Atahualpa’s rebellion began in the jungle settlement of Quisopango in 1742. His first act was to expel all hostile Spaniards, blacks and mestizos from the area. As Atahualpa’s rebellion began to grow in both numbers and support Spanish authorities in the Tarma and Jauja provinces attempted unsuccessfully to pacify the rebellion. Emboldened, Atahualpa ordered the eviction of all Franciscan missionaries from the land he controlled. This in turn led to the viceroy of Lima sending out General Jose de Llamas, a seasoned veteran, to crush the revolt. This too was unsuccessful and the general and his men suffered constant defeats at the hands of the rebels. In 1752 Atahualpa and his men left the lowlands and seized the mountain city of Andamarca in the highlands of Jauja province.

From there, fighting against a Spanish rule already seriously weakened by the Event and their knowledge of the destruction of their homeland in Europe, Atuhualpa’s revolt went from strength to strength – particularly as his people found magical means to fight, including the fabled “leopard men” of legend, reborn by the magic of ur-ice in their bodies and the power of massive belief. His revolt spread across the country and Atuhualpa was proclaimed as Sapa Inca (supreme ruler of Tawantinsuyu) in the capital city of Lima in 1748. He died in 1756 but not before proclaiming his successor as chosen by the prophetic priests of the temples, a young priest and warrior by the name of José Gabriel Condorcanqui from Cusco, the ancient capital of the Incan Empire. Taking the title of Sapa Inca and the royal name Túpac Amaru II as he claimed to have direct descent from the last Incan ruler, Tupac Amaru, the new ruler married Micaela Bastidas Puyucahua, a woman of Afro-Peruvian and indigenous descent in 1760 and proclaimed her Queen of the Inca.

Today, Taki Unquy’s mages and magical warriors are unparalleled on the continent, which combined with its mountain fortresses and temples in impassable jungles has enabled it to hold off all attempts by the New Spanish to reconquer it. The country has three distinct zones of terrain and vegetation – the deserts of the coastal plains which are rich in ur-ice dust and an important source of larger ur-ice gems despite the dangerous magical beasts there; the high mountain scrubland with their drifts of ur-ice in the high peaks which rise above 20,000 feet making them too high for sky-ships to cross; and the eastern rainforests which are so thick that in many places the only way to travel is by river. The Taki trade ur-ice, gold, silver and gems down the rivers into Brazil and to the French, Marathan, Natalese and occasionally New British traders who brave the monster-infested oceans to sail to their west coast ports. The French and British in return provide them guns and powder, as a counter to New Spanish interests in the region. The Taki keep to themselves their sacred Coca plant, which has proven remarkably well-suited to building ur-ice into its cellular structure and now grows thicker and higher than ever. The chewed leaves can truly make a warrior as strong, fast and tough as they make him feel.