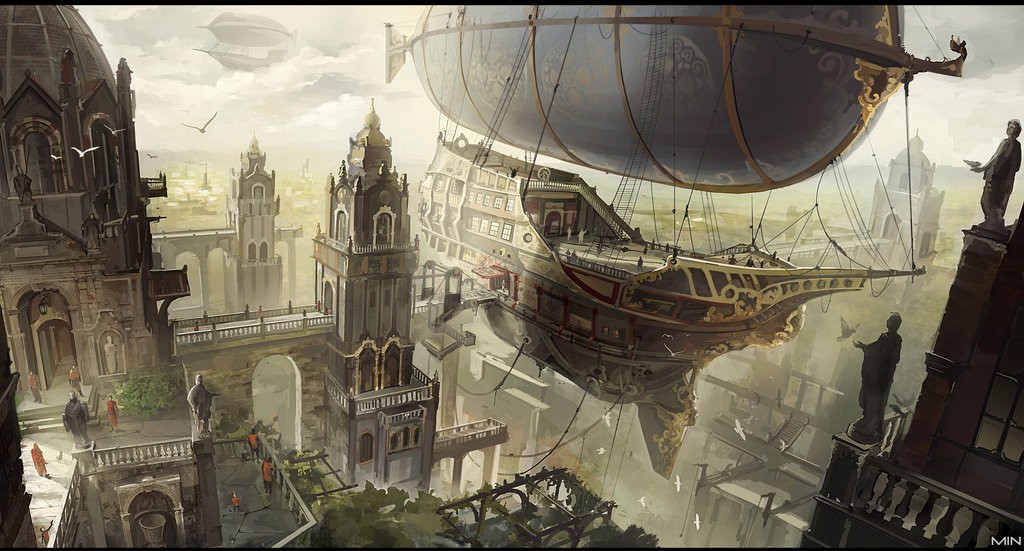 The Royal College, the Kingdom’s premier venue for the study of magic and science, built on the side of a valley eight miles west of the city of Albany. The facility is a large one, with around 400 students and faculty and 800 staff in residence, all under the guidance of the Magister, the famous Benjamin Franklin. Construction has been helped greatly by the use of both magic and Skyships. The soaring towers and Skyship docks are visible from miles away and the College is credited as being one of the modern wonders of the world. It is certainly the only college in New Britain which boasts several powerful Franklin Engines in its basement, providing magical energy to research labs and classrooms while also driving steam turbines that power and heat not just the College but the town of Albany too.

The College is most famous for its Scholar Of Magic graduates, of course, but turns out some 80 graduates in Natural Science and Engineering on an annual basis, outnumbering the mages four to one. Many of those graduates have some ability in magic too, but either not the aptitude to become a College Mage or simply more of an interest in other disciplines. The College only takes the brightest of students, regardless of social background, and all tuition and residency costs are met by the College Trust established by the Magister on the proceeds of his royalties for the Franklin Engine, to which he owns the patent. His will stipulates that patent will pass to the College Board of Regents on his death.

The Royal College is so prestigious that its students and Scholar graduates enjoy Rank equal to that of Guild or military members, and its faculty and higher graduates are accorded Status in New British society in their own right.