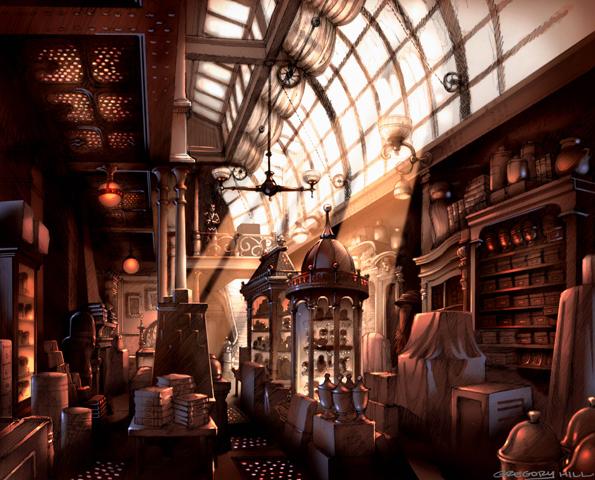 Typical of the emporiums catering to Philosopher Mages, Arcanists and magicians of all kinds that have become a fixture in or near every large town and city since the return of magic, Willard & Young’s stand atop a buried ur-ice drift on the Dorchester Heights, in the middle-class suburb town of Dorchester (population 5,100) about 2 miles due south of the city proper.

A four storey brick building; it has the shop on the first floor and mezzanine run by Thomas Willard, James Young’s alchemy workshop on the third floor, and chambers for the two friends on the top floor. A basement contains stores and two rooms, each 15 foot square, which can be rented for a period by magicians who need to set up a consecrated space for workings (only a -1 modifier to skill for a hastily-prepared space rather than the -5 for having none). A high-walled garden contains a greenhouse where exotic herbs and other plants are grown and an area 15 foot across shielded by trellises covered in vines that offers the same consecrated space for rent to those who prefer to work outdoors. The entire site is High Mana. There is an old well under the building. During the Event a drift of fine Ur-ice got into it so now it’s useless for drinking water unless you want a tall, cool, glass of Twist. The building has also been used for ritual workings for over 20 years, making it a Place Of power in its own right. The total bonus for energy gathering purposes is +4 to Skill.

Both the owners are well-known for their approachable enthusiasm for their craft as well as their discretion, and the shop stocks all kinds of supplies, curiosities, elixirs and preparations as well as raw materials for those seeking to do their own experimentation.

He also sells alchemical elixirs prepared by Young at Skill 15 for: Cleanse Disease, Cure Disease, and Minor Healing. All cost $450 each.

Other charms and potions may be available by arrangement. 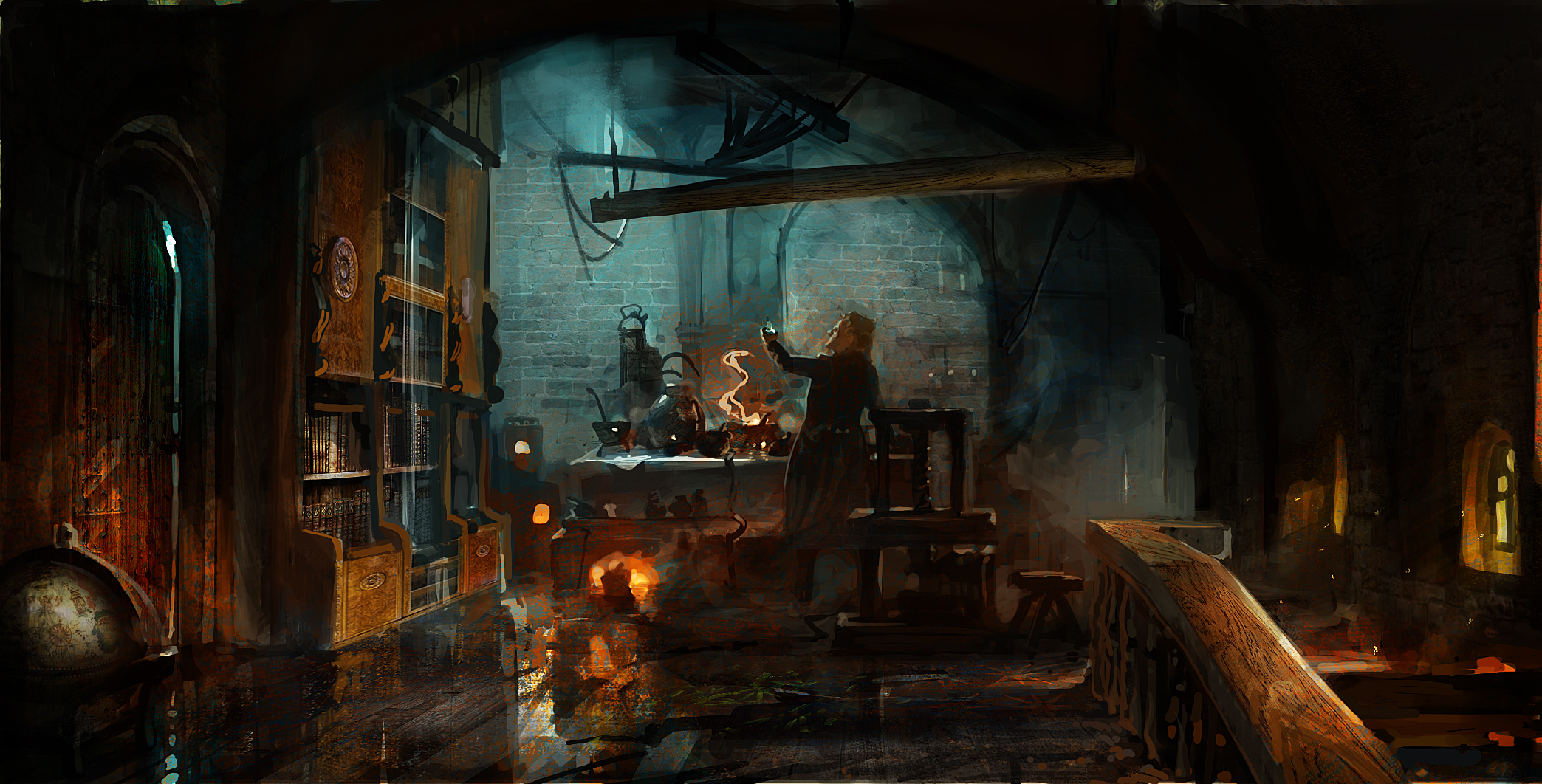